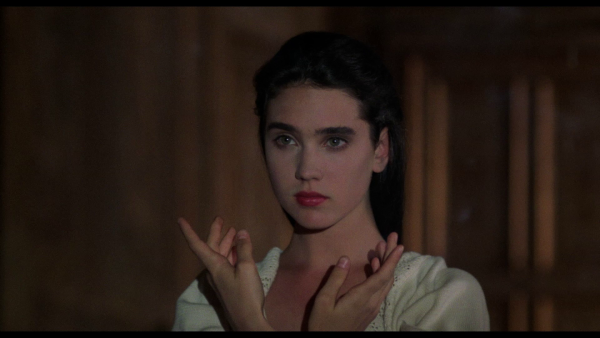 There's something about Tchaikovsky's "Swan Lake" that beguiles filmmakers, and long before Darren Aronofsky nailed the biggest hit of his career with 2010's "Black Swan," co-writer/director Peter Del Monte used the world-famous ballet to inspired creepy events in 1989's "Etoile." The duality found at the heart of "Swan Lake" permits an easy transition to genre moviemaking, and Del Monte, while not heading in an overt horror direction, sparks to the potential of a ghost story of sorts, merging dance with otherworldly experiences, generating a chiller that toys with reality, identity, and the blinding power of young love. "Etoile" has its issues, but its strangeness is appealing, with Del Monte finding stillness in the growing nightmare, taking cues from stage performances to introduce a sort of artfulness to a production that's poorly cast, and features a ridiculous ending that needs to be seen to be believed.  Read the rest at Blu-ray.com