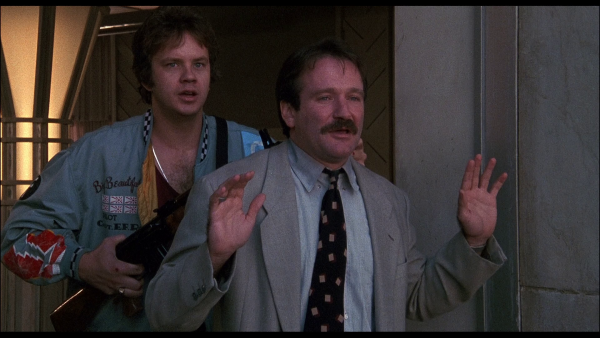 The cruel reality is that while Robin Williams was a brilliant performer, arguably one of the funniest men around, his taste in film scripts left much to be desired. We all have fond memories of "Aladdin," "Good Will Hunting," and "Good Morning, Vietnam," but 1990's "Cadillac Man" is an excellent reminder that Williams couldn't always spin gold from lackluster writing, starring in what seems to be some type of madcap hostage comedy, but mostly emerges as an unfunny, unfocused mess, and one that's depending on the lead actor to do some heavy lifting in the joke department. Perhaps director Roger Donaldson was looking for a change of pace after achieving more sobering box office hits with "No Way Out" and "Cocktail," but he's not the guy for levity, keeping "Cadillac Man" frustratingly muted when it comes to punchlines and inspired insanity, gifting the feature a sense of darkness that's all wrong for the manic mischief it's hoping to communicate. Read the rest at Blu-ray.com