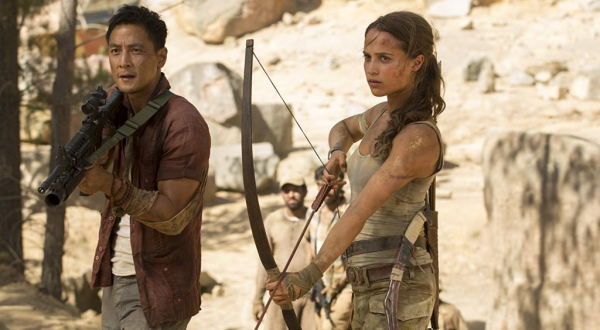 Hollywood really wants to make something out of “Tomb Raider,” the famous video game saga that’s been brought to the big screen on two previous occasions, in 2001 and 2003. Both efforts emphasized tech and sex appeal, bringing in Angelina Jolie to deliver curves and power to the character of Lara Croft, and while the movies made some money, it wasn’t enough to keep the series going. There’s a newer Croft on the market (a popular 2013 game), and producers now turn their attention to a fresh take on old business, hiring Alicia Vikander to portray a greener, leaner Croft to a fit a narrative that concerns the character’s introduction into a world of near-misses and survival. And yet, despite a welcome change of direction, the new “Tomb Raider” only intermittently succeeds as a widescreen event, with too much down time taking a bite out of the endeavor’s pace and thrills. Read the rest at Blu-ray.com