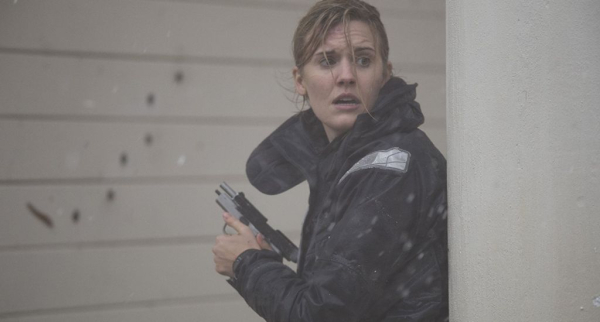 There’s no fighting Rob Cohen’s directorial style, which is meant to simulate a jackhammer to the senses. He’s a crude architect of mainstream entertainment, unwilling to make something special when he can just blow something up, and “The Hurricane Heist” is exactly the type of movie he does repeatedly and poorly. After bottoming out with the worst Mummy sequel (2008’s “Tomb of the Dragon Emperor”), the unwatchable “The Boy Next Door,” and the strangely mean-spirited “Alex Cross,” Cohen remains revved up for this mix of “Twister” and “Hard Rain.” It’s meant to be spectacle, but the helmer only knows noise, offering a 100-minute-long cluster of puzzling action, dreadful performances, and a loose understanding of how Mother Nature works. Not that “The Hurricane Heist” needs to be a documentary, but a little meteorological authenticity would’ve been a fine distraction from all the bottom shelf creative decisions peppered around this dud -- the latest addition to a particularly odious filmography.  Read the rest at Blu-ray.com