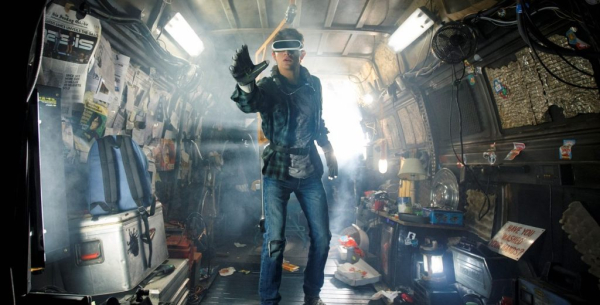 In recent years, Steven Spielberg has made some very accomplished pictures that detail the importance of being important, but it’s been a long time since he’s been fun. “Ready Player One” is a story about the comfort of nostalgia and elaborate treasure hunting, playing like an homage to the Spielberg of old, making the match of material (an adaptation of Ernest Cline’s 2011 book) to maestro initially difficult to believe. After all, Spielberg hasn’t intentionally made a freewheeling feature in a decade, but something sparks within the helmer, who delivers a high-flying fantasy dotted with an obscene amount of pop culture references, inside jokes, and blockbuster iconography. “Ready Player One” is extraordinarily entertaining for the most part, with its numerous charms only capable of shining brightest while in the hands of the man who inspired Cline’s imagination to begin with. Read the rest at Blu-ray.com