Film Review - Outside In 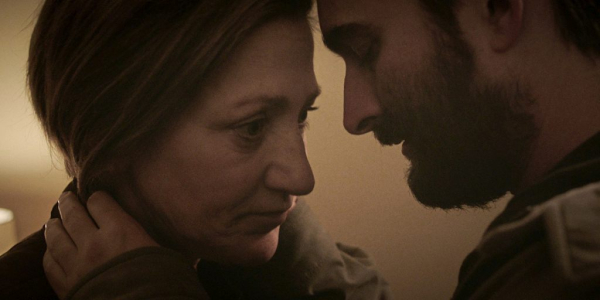 Lynn Shelton is a very special filmmaker who’s dedicated her career to the pursuit of primal human response. She’s largely been drawn to projects with comedic potential, scoring successes with “Humpday” and “Laggies,” but the humor is usually positioned as a defense mechanism while the helmer digs deeper for sensitivities and universal emotions. “Outside In” is one of Shelton’s more austere productions, offering very little room for levity as it examines forbidden feelings and longstanding resentments. The director (who also co-scripts with star Jay Duplass) secures enough behavioral authenticity to create a compelling study of longing, wisely putting faith into co-lead Edie Falco to manage a complex character in a movie that never indulges hysteria, preferring to detail tentative steps around deep-seated feelings, which makes for more interesting drama. Read the rest at Blu-ray.com