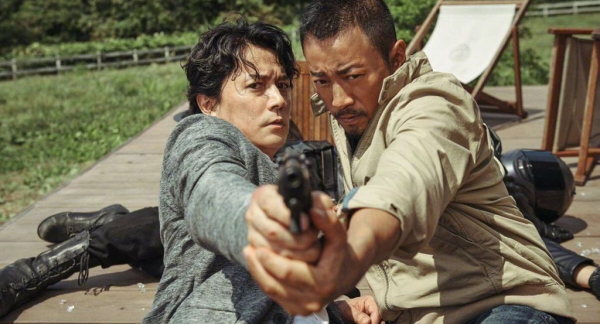 It’s been a long time since John Woo took command of a modern action extravaganza. After losing interest in Hollywood after 2003’s “Paycheck,” Woo returned to his Asian cinema roots, handling period epics such as “Red Cliff” and “The Crossing.” “Manhunt” brings Woo back to the basics of outrageous stunt work and melodramatic interactions, guiding the second screen adaptation of a Juko Nishimura book, which was previously turned into a 1976 film starring Ken Takakura. Woo sticks to the basics with this densely populated thriller, combining the interests of several supporting characters with high-octane chase sequences and shoot-outs, doing a fine job replicating the formula that served him well in the 1980s and ‘90s. It’s far from perfect, but “Manhunt,” when it really lets loose, is a fine reminder of Woo’s style and intensity. And yes, there are flying doves.  Read the rest at Blu-ray.com