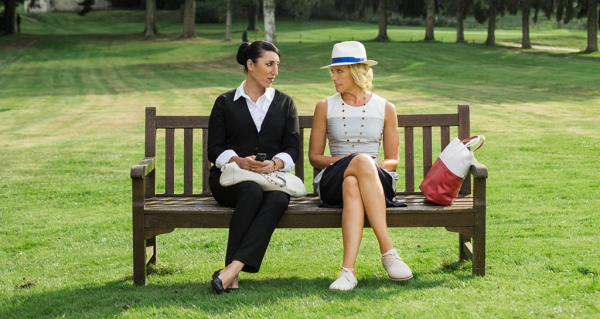 Last year there was “Beatriz at Dinner,” a tale of a domestic service outsider asked to join a dinner party for the elite, resulting in an evening of conversation, growing hostilities and, eventually, imagined violence. “Madame” features a similar plot of class warfare, only here the results are mostly played for laughs. Writer/director Amanda Sthers teases a grand farce with the working parts of “Madame,” but the effort doesn’t maintain those initial aspirations. Instead of a snowballing comedy concerning the collision of the rich and those who serve them, Sthers throttles the insanity, crafting a film that goes broad with certain aspects of ego and jealousy, but eventually pulls away from full-out absurdity. Still, Sthers has some fun while she’s here, landing several laughs and guiding fine performances in a picture that slowly but surely loses interest in making fun of personality extremes.  Read the rest at Blu-ray.com