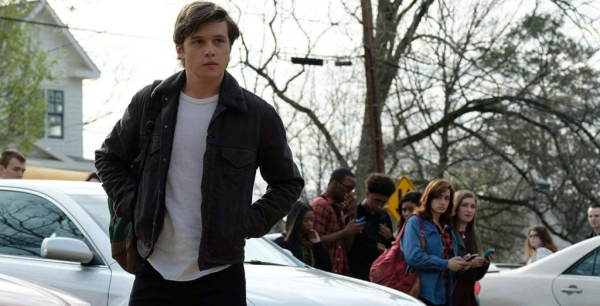 “Love, Simon” has a message of compassion and empowerment it wants to share with its target demographic. It’s a story of personal acceptance featuring gay characters, but it’s presented as an average teen movie with quirky personalities, glossy emotions, and a celebratory finale, keeping tight to formula as a way to remain relatable. Intentions are pure and, thankfully, there’s plenty of sincerity to keep the feature afloat, with director Greg Berlanti making sure the emotions that count the most are projected as accurately as possible. The rest of “Love, Simon” isn’t nearly as neatly executed, with some rather severe screenwriting issues making trouble for the picture’s overall effectiveness. There’s plenty to admire here, and any sort of gentleness at the multiplex is something to be treasured, but it’s hard to ignore the film’s general unwillingness to confront cruelty. Read the rest at Blu-ray.com