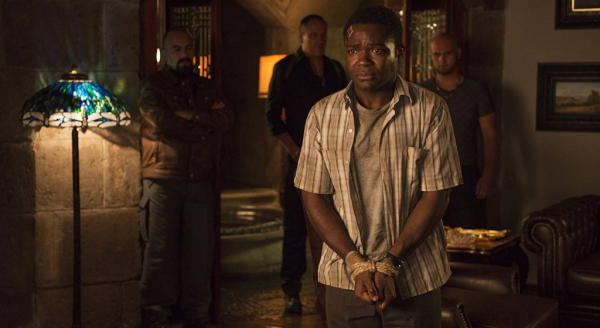 2008’s “The Square” marked the feature-length directorial debut for Nash Edgerton, who crafted a wonderful homage to Coen Brothers cinema while stoking his own interests in macabre turns of plot and damaged characters. Weirdly, he never produced an immediate follow-up, spending time in television and creating shorts, but now Edgerton has returned to the big screen with “Gringo,” which carries a few of the same mischievous impulses that made “The Square” such a winner. Sadly, the effort as a whole is a let-down, watching the helmer take on too much characterization as he masterminds a cat’s cradle of combustible personalities trying to control aspects of Mexico, with some hoping to make it out alive. “Gringo” is a misfire, and a periodically painful one too, almost unwilling to come together with any sort of welcome ferocity, watching Edgerton spend too much time on narrative dead-ends and not enough on an end game for all this widescreen bustle.  Read the rest at Blu-ray.com