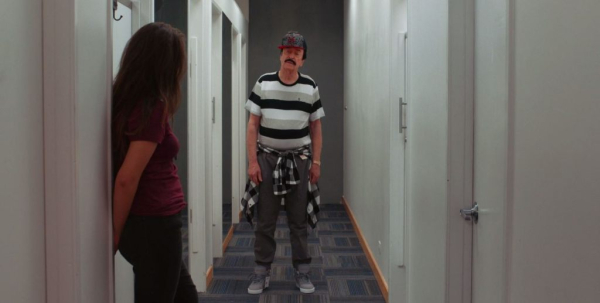 In 2016, writer/directors Lisa Addario and Joe Syracuse issued “Amateur Night,” their attempt to ride the trend of raunchy R-rated comedies, forgoing thought when it comes to the manufacturing of jokes, using cheap gross-out material instead. The movie was borderline intolerable. “Dear Dictator” represents the duo’s second shot at a strained impishness, only for this round, Addario and Syracuse dream up an encouraging premise to go along with their snoozy antics, imagining the mischief that’s churned up when a troubled teenage girl is paired with a Castro-like despot. “Dear Dictator” might sound like a bad sitcom, and more often than not, it is. However, there is Michael Caine and his practiced screen charisma to help Addario and Syracuse out when they need it the most, offering a clear read of wackiness while the helming duo figures out ways for their protagonist to whip around used tampons, which represents the extent of their sense of humor.  Read the rest at Blu-ray.com