Film Review - A Wrinkle in Time 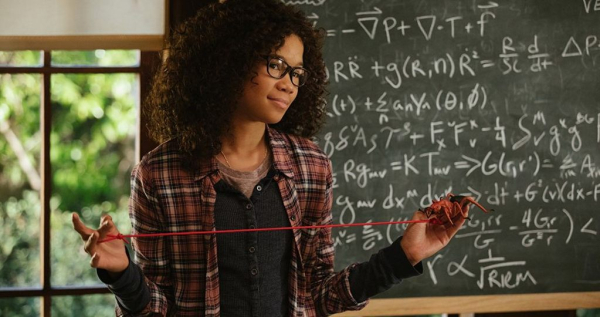 Madeleine L’Engle’s 1962 book, “A Wrinkle in Time,” is a beloved “science fantasy” novel that’s often been described as impossible to adapt for the screen. There was a 2003 television movie that attempted to bring the author’s rich imagination to life, and now director Ava DuVernay tries her hand at interpretation, armed with a substantial budget and a bit of star power. Of course, DuVernay isn’t a seasoned filmmaker, previously working on smaller scale pictures such as “Selma,” and her inexperience riding the bucking bronco of CGI, whimsy, and world-building is evident from the first frame. “A Wrinkle in Time” doesn’t work, and while the helmer struggles to transform the complex material into the starting line for a fresh Disney franchise, she often comes up short, finding the feature too stiff and underdeveloped to connect as an awe-inspiring tribute to the power of science and love.  Read the rest at Blu-ray.com