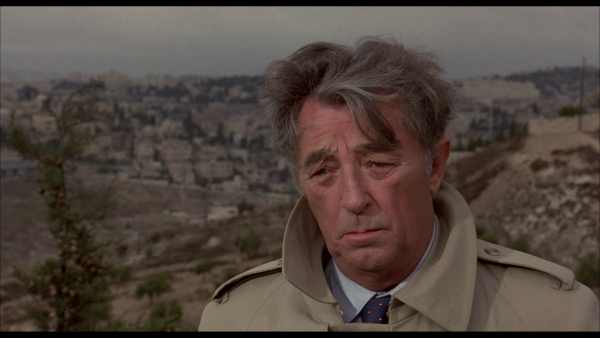 1984's "The Ambassador" is a Cannon Films production, and I'm not entirely sure if producers Menahem Golan and Yoram Globus want to encourage peace in the Middle East with this feature or welcome its demise. It's a bizarre effort from the beloved B-movie factory, bringing traditional action thriller beats to Israel, making a tough guy endeavor while dealing with longstanding hostilities between the Israelis and Palestinians. The screenplay by Max Jack (who loosely adapts an Elmore Leonard novel) appears to be interested in the dialogue between warring sides, but director J. Lee Thompson doesn't have much patience for stillness, filling "The Ambassador" with sex and violence, including a few nightmarish encounters peppered with the kind of gushing wounds more commonly on view in a horror film.  Read the rest at Blu-ray.com