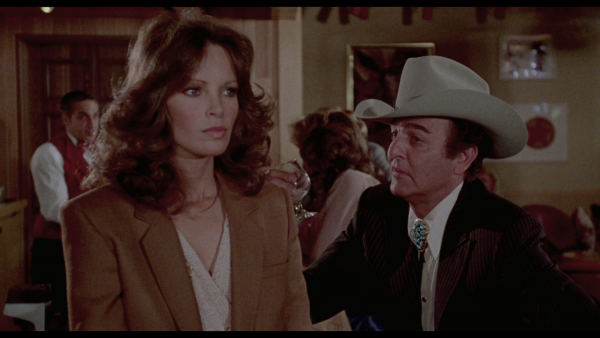 Here's one problem with "Nightkill": the first character to die in the film is murdered during the day. It's a small detail, for sure, but an important one that identifies the general lethargy of the event, which isn't even titled correctly. It's meant to be a sinister thriller, a Hitchcockian endeavor with Euro chiller interests, also presenting Jaclyn Smith with a starring role that begins to inch the actress away from her "Charlie's Angels" television success. And yet, while the story details murder, betrayal, and deception, large chunks of the movie are simply devoted to Smith acting agitated and teary, groaning as her character struggles to figure out an impossible situation of guilt and homicide. "Nightkill" is quite dull and somewhat unsatisfying, with director Ted Post fumbling a growing sense of suspense, content to portion out shocks in brief reveals, which does nothing to build the effort's fright factor. Read the rest at Blu-ray.com