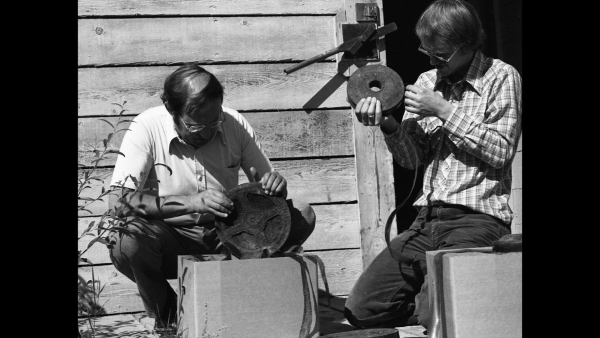 Cineastes will surely respond to "Dawson City: Frozen Time" with utter joy, as it details a film distribution discovery previously thought impossible. The tale takes place in Dawson City, a remote Canadian town near the Yukon River, where, in the mid-1970s, a routine excavation project managed to unearth 533 film reels from the permafrost, exposing cans of nitrate film to the sun after 50 years, gifting the National Archive of Canada a treasure trove of lost cinema and footage of history. While the discovery occurred 40 years ago, director Bill Morrison endeavors to summarize not only the unearthing and ensuing restoration effort, but the very history of Dawson City itself, turning what initially seems to be a picture about a film preservation miracle into an offering of history captured in the moment. Read the rest at Blu-ray.com