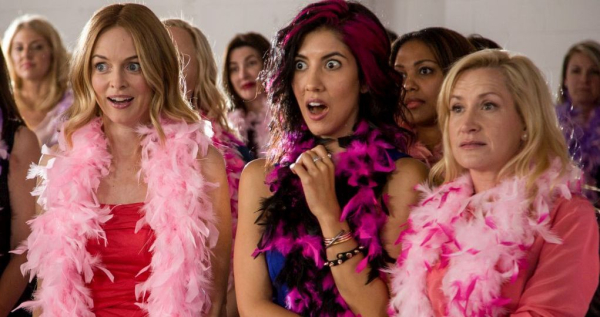 Heather Graham has been making movies for over 30 years, but “Half Magic” marks her directorial debut. It’s a personal project for the actress, often resembling a to-do list of grievances in love and work, dressed up as a mischievous comedy to best reach its audience. Graham gets halfway to her goal with the screenplay, which introduces itself with authority and concludes in a winded state, with the helmer seemingly overwhelmed by the demands of feature-length storytelling. “Half Magic” has a distinct fingerprint for some of the run time, and that’s a good thing, showcasing perspective in the battle of the sexes, with Graham trying to make a war cry for women that teaches a thing or two about self-esteem and communication. Intentions are pure, but inspiration slowly dissipates.  Read the rest at Blu-ray.com