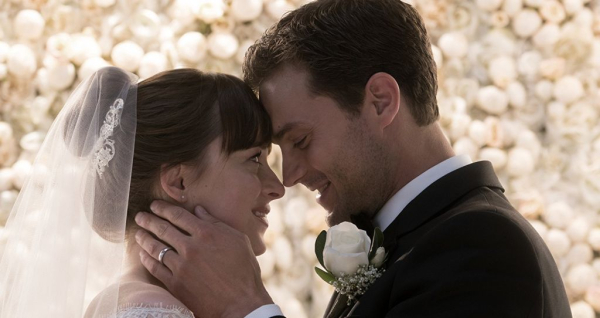 What began as a tentative step toward the mainstreaming of kink with psychologically disturbed characters has now become a telenovela that fails to find a suitable ending. “Fifty Shades Freed” is the second sequel to 2015’s “Fifty Shades of Grey,” offered up as a trilogy closer to a film series that never started in the first place. The main characters have returned, as have the glory shots of unlimited wealth and sexual gamesmanship between people in dire need of therapy, with the production setting out to make the die-hard fans of author E.L. James’s work happy enough with the adaptation. It’s the execution of such absurdity that’s a real problem for director James Foley (returning to duty after 2017’s “Fifty Shades Darker”), who loses concentration on what little passes here for plot, shooing away dramatic interests to sell the basics in sex, soundtrack cuts, and product placement, with the occasional pout from the lead actors presented to remind the audience they’re still viewing an ongoing saga about broken people who should be legally blocked from seeing each other. Read the rest at Blu-ray.com