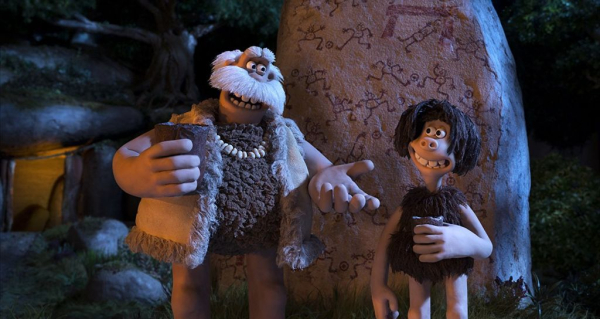 Leave it to Aardman Animations to make a picture featuring cavemen that’s also about the birth of soccer. It’s typically strange stuff from the company that gave the world “Wallace and Gromit,” “Chicken Run,” and “Shaun the Sheep,” but the production offers a commitment to the absurdity, trying to find the funny in every frame of this stop-motion animated event. Significant laughs are missing from the mix, a rarity with Aardman, but “Early Man” delivers on charm and technical achievements, supplying a breezy sit with a bizarre premise, which marries sports movie formula with Monty Python wit. Director Nick Park aims for a slightly younger audience with “Early Man,” which is heavy on slapstick and exaggerated personalities, and while the film is perhaps something of a disappointment in the grand scale of Aardman achievements, it remains pleasant and periodically inspired.  Read the rest at Blu-ray.com