Film Review - 7 Guardians of the Tomb 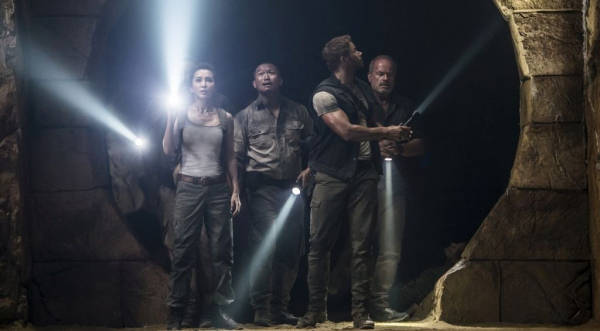 It’s tough out there for a monster spider chiller. SyFy productions such as “Lavalantula” have ruined the freak-out factor when it comes to the sight of rampaging arachnids, making a joke out of what would normally be an alarming cinematic situation. A Chinese-Australian co-production, “7 Guardians of the Tomb” seeks to return a little fury to the subgenre, mixing creepy-crawly spider attacks with Indiana Jones-style adventuring, hoping to find a balance between horror and small-scale spectacle. Co-writer/director Kimble Rendall can only do so much with the limited budget and thespian talents gathered, leaving “7 Guardians of the Tomb” straining to be the high-flying good time at the movies it wants to become.  Read the rest at Blu-ray.com