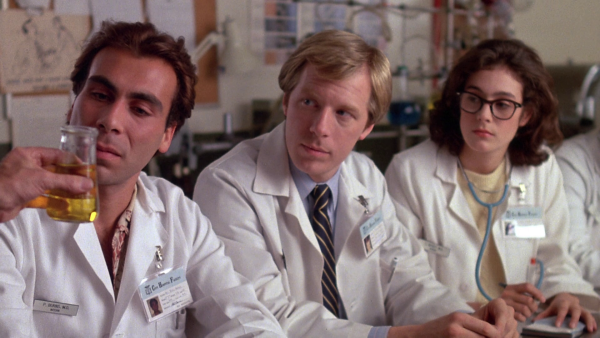 After a highly successful producing career in television (responsible for such shows as "Happy Days," "Laverne & Shirley," and "Mork & Mindy"), Garry Marshall made the leap to feature filmmaking with 1982's "Young Doctors in Love." It's material that plays to his sensibilities, offering character- based comedy that's silly, but just misses the mark in terms of a snowballing madness. The picture is often labeled an "Airplane"-style farce that lampoons daytime soap operas, and while "Young Doctors in Love" has that intention, Marshall can't quite wind the effort up correctly, content to pepper the movie with throwaway gags and limp one-liners. In the grand scheme of things, Marshall's done worse, a lot worse, but his helming debut, while brightly made, lacks snap and edge, displaying some of the cuddliness he'd come to rely on. Read the rest at Blu-ray.com