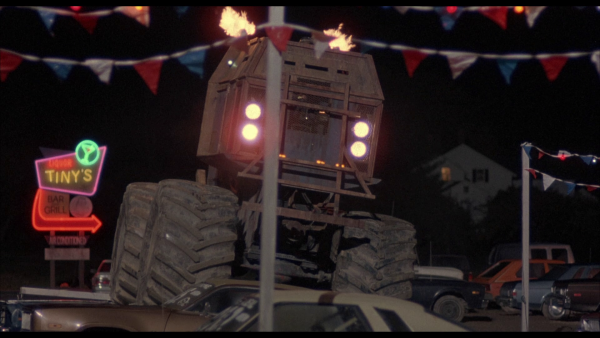 According to "Rolling Vengeance," when life gives you lemons, you retreat to your farm and build a fire-belching monster truck capable of killing anything in its path. The 1987 revenge picture has a special way of doing business, trying to sell the specialty of a monster truck used as a lethal weapon, and why not? It gets the job done, with as much property damage as possible. It's an amusing premise, but screenwriter Michael Thomas Montgomery doesn't know the fine line between manipulation and punishment, keeping the feature on the nasty side when all it truly takes to inspire pushback is a lot of attitude and some mild maiming. The movie could do with less child murder and rape, but for those capable of absorbing overkill, "Rolling Vengeance" eventually becomes the film the marketing promises, pitting dim-wits against the might of an enormous truck stocked with weapons.  Read the rest at Blu-ray.com