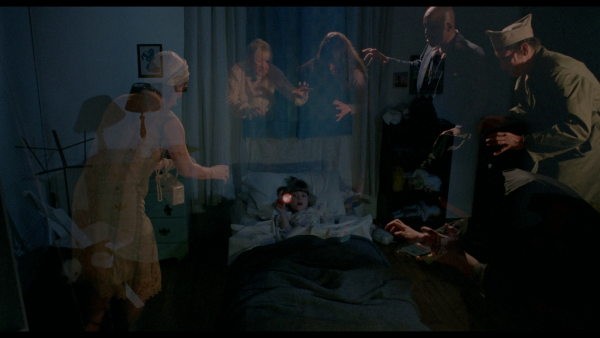 For her second directorial effort from 1988, Robert Findlay returns to the comfort of horror to inspire the extremes of "Lurkers." It's a ghost story that's primarily fueled by paranoia, again keeping the helmer busy with a vision of Hell on Earth that doesn't require much in the way of locations and story. It's a simplistic nightmare, and one that's not particularly tasteful, but it has closure, giving it the appearance of a "Tales from the Crypt" episode, only with slightly more feminine hygiene-inspired sexuality. Read the rest at Blu-ray.com