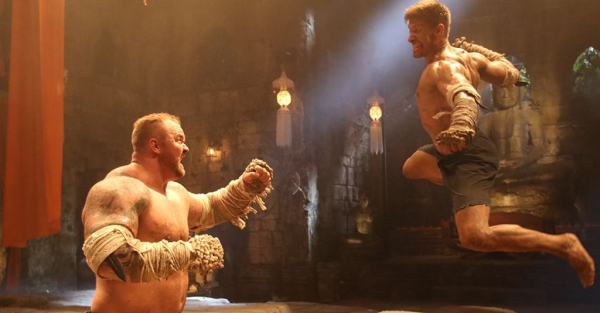 1989’s “Kickboxer” was reimagined for 2016’s “Kickboxer: Vengeance,” keeping star Jean-Claude Van Damme, but jettisoning the B-movie escapism that made the original picture so much fun, especially for underdog action cinema fans. “Vengeance” was oppressive and disappointing, unfortunately helmed by John Stockwell, who’s not known for his directorial triumphs. While nobody asked for a sequel, Van Damme returns with “Kickboxer: Retaliation,” joining star Alain Moussi for another round of Muay Thai combat, only for the follow-up, certain tonal and creative changes have been made, making for a more engaging, intermittently rousing bruiser, scratching that “Kickboxer” itch with a broader continuation. Read the rest at Blu-ray.com