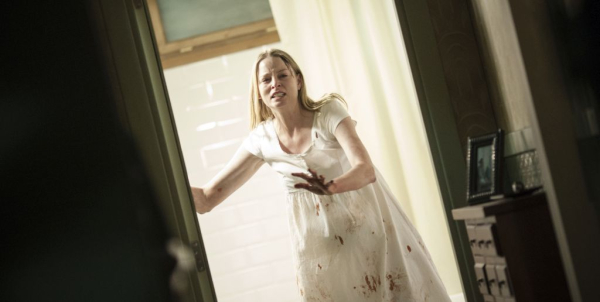 It’s difficult to understand any reason for remaking pictures that were part of the French new wave of extreme horror, which was all the rage with genre enthusiasts about decade ago. They were features created during a specific time and in a specific region, making translations difficult, especially for material that perhaps should remain attached to a single interpretation. After dealing with the deflation of 2015’s “Martyrs,” now comes “Inside,” which hopes to rework the 2007 Julien Maury and Alexandre Bustillo (who recently helmed the crummy “Leatherface”) endeavor for mainstream audiences, under the impression that a wide assortment of moviegoers might be interested in 80 minutes of a pregnant woman being threatened with sharp objects. That a new take on “Inside” is unnecessary is a given, but director Miguel Angel Vivas fumbles whatever debatable tension was there the first time around, delivering a routine chiller that’s largely free of suspense.  Read the rest at Blu-ray.com