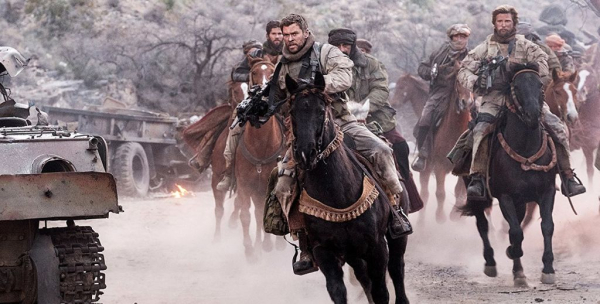 While war stories are common in American cinema, a project like “12 Strong” doesn’t just come from out of nowhere. Producer Jerry Bruckheimer is looking to create his own version of the 2014 smash hit, “American Sniper,” returning audiences to the battleground of the Middle East, where noble military men clash against local enemies, emphasizing sacrifice, honor, and the sheer trained might of U.S. forces. A movie doesn’t simply make superhero cinema money and go unnoticed, and while “12 Strong” doesn’t have the tragic angle of “American Sniper,” daring to go forward with a positive Afghanistan tale, it shares the same simplicity and jingoistic fervor that’s meant to play to certain audiences, buttering up the cruelties of war with fetishistic violence and steel-jawed performances.  Read the rest at Blu-ray.com