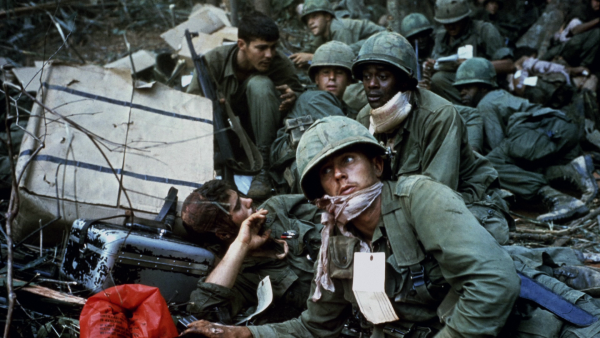 Hubris. If there's a single word that defines The Vietnam War, it's hubris. It's a conflict that's been covered from a thousand different angles, depicted in all forms of media over the last 50 years, with film being a particularly evocative meditation on an era of political folly, innocence lost, and a various nations thrown into chaos. Think "Coming Home," "Platoon," and "Born on the Fourth of July" -- vivid tales of psychological erosion, but personal ones as well, using the particulars of combat and self-destruction to inspire riveting drama. Directors Ken Burns and Lynn Novick elect to forgo corners of the conflict to wrap their arms around the whole event, creating "The Vietnam War," a ten-part documentary that endeavors to make sense of almost everything connected to the shocking experience, from origin to aftermath. Coming from a creative team that's already dissected The Civil War, World War I, and World War II, there's expected greatness with "The Vietnam War," an assurance of quality. And yet, Burns and Novick manage to surprise with their balance between detail and expanse, capturing finer points of mental illness and shame as they track the progress of global horror, born from sheer political arrogance.  Read the rest at Blu-ray.com