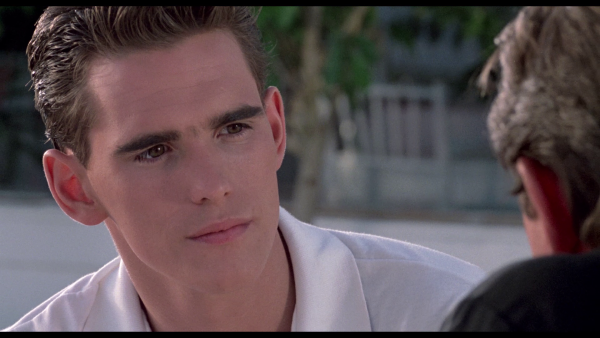 For his second directorial outing, Garry Marshall taps into the golden memories of his youth. 1984's The Flamingo Kid" feels like autobiographical work from Marshall (who co-scripts with Neal Marshall), helming a low-energy coming-of-age dramedy that's thick with atmosphere and generally attentive to characterization. There's plenty of charm to go around in the feature, which hits on all the teen horndog trends of the era, but does so with restraint and good taste (earning the distinction of becoming the first movie to be rated PG-13 in the process), finding Marshall more interested in perfecting the screen details of the setting, stepping away from crude hijinks to make a sincere endeavor. Granted, Marshall's oeuvre isn't littered with gems, but "The Flamingo Kid" is one of his best pictures, showing a relaxed approach to jokes, relationships, and setting, making it catnip for viewers who enjoy nostalgia and tales of dented maturity.  Read the rest at Blu-ray.com