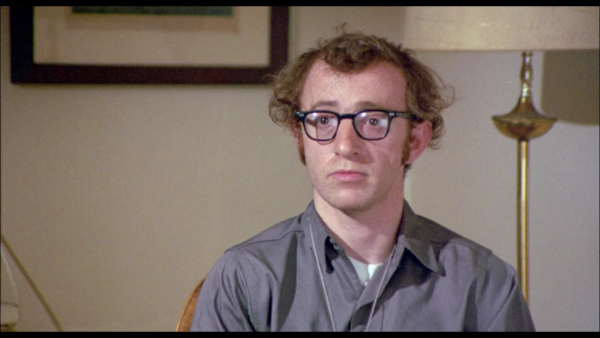 Technically, 1969's "Take the Money and Run" isn't Woody Allen's directorial debut. That distinction belongs to the dubbed farce, "What's Up, Tiger Lilly?" However, what the second effort in a long, decorated career represents is Allen's initial offering of pure silliness, taking his interests and timing as a comedian and film performer, and funneling it into a faux documentary about the life and times of a terrible crook. It's the first shot fired in an early career what would go on to introduce several comedy classics, but with "Take the Money and Run," Allen provides a raw form of cheekiness to come, showcasing early instincts to offer as many jokes as possible, fueling the endeavor on pure goofiness. It's a joy to watch at times, even at its most exhausting, delivering a hungrier Allen at the start of his helming career, eager to please with this zany snapshot of criminal stupidity.  Read the rest at Blu-ray.com