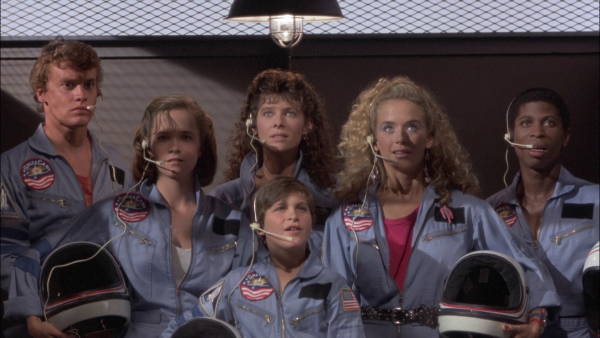 After years of George Lucas and Steven Spielberg enjoying the mysteries and excitement of space through big screen fantasy, the producers of 1986's "Space Camp" were looking to achieve the same sense of awe, only from a slightly more realistic perspective. During the shooting of the movie, the American space program and all things NASA were red hot, inspiring a tale of adolescents interested in the astronaut program accidentally shot into space. The premise was pure fiction, but director Harry Winer puts some effort into authenticity, grounding what amounts to a wish- fulfillment endeavor that's generally better with procedure than extravaganza. "Space Camp" has its dramatic issues, but there's a sense of time and place that's endearing, and the screenplay dares to provide focus on intelligent young characters put to the test, tasked with saving themselves and the space program as they conquer what they previously thought to be an impossible set of mechanical and survival responsibilities.  Read the rest at Blu-ray.com