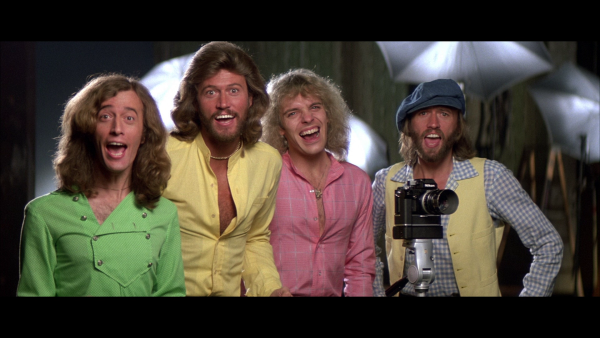 On the Mount Rushmore of glitter-thwacked, cocaine-dusted cinematic camp from the late 1970s and early '80s, there's "Xanadu," "Can't Stop the Music," "The Apple," and 1978's "Sgt. Pepper's Lonely Hearts Club Band." I'm sure the production marched into battle with a sincerity, striving to redefine an iconic album from The Beatles for a new generation, offering a loose narrative and legendary tunes to The Bee Gees, Peter Frampton, Aerosmith, Billy Preston, Alice Cooper, Steve Martin, and a host of additional musicians and comedians. Assuming the jukebox musical form, "Sgt. Pepper" means to be a good time with familiar music, but producer Robert Stigwood can't help himself, with the feature bizarre and excessive; it's an iffy idea that's out of control, endeavoring to define classics, but ending up a garish curiosity. However, it's no trainwreck, boasting many fine production achievements during its presumptuous run time. It's an easy film to dismiss, and perhaps it should be, but director Michael Schultz is after something memorable, doing his best to marry classic Hollywood spectacle to the soft rock sounds of the 1970s.  Read the rest at Blu-ray.com