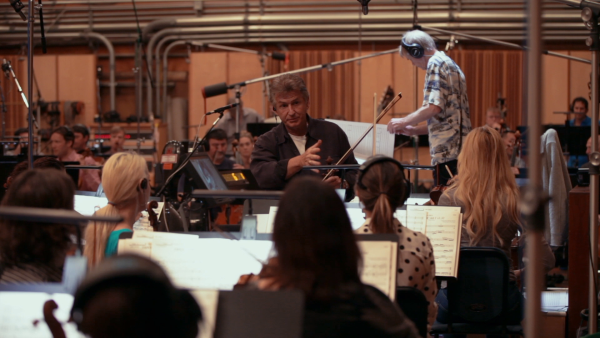 Movies wouldn't be movies without music. However, film scoring is often an unheralded art, left as something for the senses, difficult to separate from the overall viewing experience. Writer/director Matt Schrader hopes to achieve a level of appreciation with "Score: A Film Music Documentary," which examines the history of composing and performing as it's developed over the last century. It's not an easy task to cover such an enormous time period in just 90 minutes, and Schrader certainly speeds around the subject like the Tasmanian Devil, but the effort is there to spotlight dozens of creative people who painstakingly put together what often becomes the heart and soul of cinema, creating music that inspires emotion and, sometimes, life itself, offered clear identification in this wonderfully vibrant and insightful documentary. Read the rest at Blu-ray.com