Blu-ray Review - Custer of the West 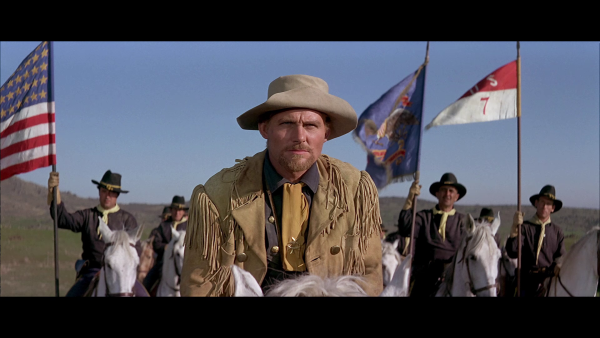 1967's "Custer of the West" is built for size, not accuracy. It's a weird mix of Western mythology and revisionism, trying to compete in the race of Hollywood spectacles, but unsure if it wants to commit to the legend of George Armstrong Custer in full. It has its heart in the right place, exposing the darker side of the pioneer spirit, but a few steps in the enlightened direction throw the whole cinematic dance off, threatening to confuse viewers confronted with a committed military man known for slaughtering Native Americans, but spent most of his career trying to protect them from harm. At least the movie looks beautiful. Read the rest at Blu-ray.com