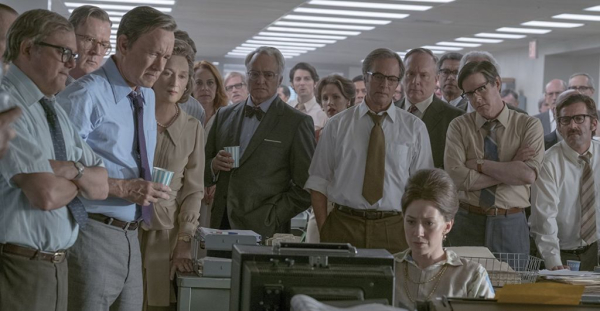 Steven Spielberg matured as a filmmaker a long time ago, but he's recently been determined to showcase a certain level of wisdom in his work. Granted, the maestro’s last endeavor, “The BFG,” involved fart jokes, but “The Post” returns Spielberg to the land of “Lincoln” (along with “Munich,” “War Horse,” and “Bridge of Spies”), sharing a story of history in the most refined manner possible. “The Post” isn’t an Earth-shattering creative accomplishment, but it’s clockwork Spielberg, which is certainly better than most directors can summon. Detailing a critical moment of journalism and the fight for free speech, the picture strives to capture the thrill of reporting and the horror of secretive government misconduct, and the movie achieves these dramatic goals. It’s the overall urgency of the effort that’s up for debate.  Read the rest at Blu-ray.com