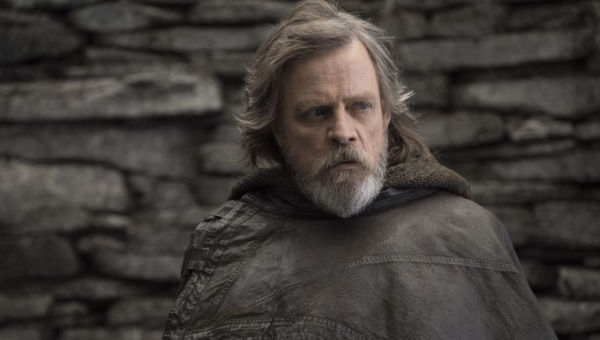 When we last left the world of “Star Wars,” Rey was about to hand a special lightsaber to Luke Skywalker, arriving at the end of her long, perilous journey to locate the missing Jedi Master. Now, two years later, Luke finally has a little more to do than deliver haunted looks and a long pause. Luke Skywalker speaks in “Star Wars: The Last Jedi,” which is a promising development. In fact, he does a lot more than simply speak in the eighth chapter of the space fantasy saga, returning to the mess of the galaxy as it succumbs once again to the battle between good and evil. Weirdly, “The Last Jedi” is not a completely Luke-centric movie, with new writer/director Rian Johnson (taking franchise reins from J.J. Abrams) using the aging hero sparingly, concentrating on the group effort as the Resistance squares off against the First Order, summoning a mix of “The Empire Strikes Back” and “Return of the Jedi” to inspire this latest adventure, which remains thrilling, but only in fits and starts. Read the rest at Blu-ray.com