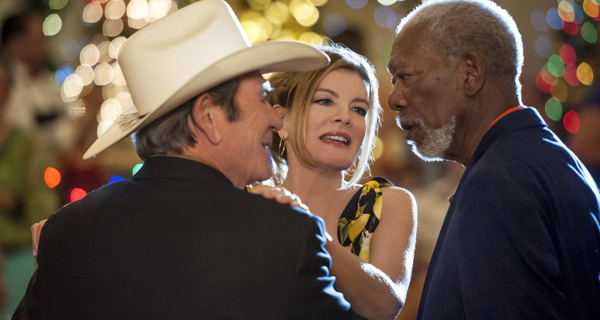 It’s been nearly 30 years since the release of “Bull Durham,” and writer/director Ron Shelton hasn’t come close to replicating the pleasures and textures of his outstanding helming debut. In fact, he’s made a series of mediocre and crummy movies over the last three decades, eventually breaking away from theatrical releases with 2003’s “Hollywood Homicide.” “Just Getting Started” isn’t a return to form for Shelton. In fact, it’s actually the worst picture he’s ever made, returning to screens with a Christmas dud that’s tonally bizarre, lazily performed, and deeply unfunny. Considering that the effort was shot at a luxury Palm Springs resort and features multiple scenes set on a golf course, it’s pretty easy to see why the project came to be. “Just Getting Started” must’ve been a pleasure to shoot, but it’s a horror to watch.  Read the rest at Blu-ray.com