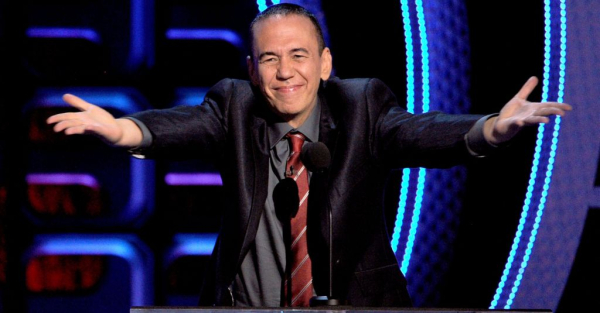 It’s hard to picture Gilbert Gottfried as a normal person. He’s not the Average Joe type, building a career as a comedian with a specifically nuclear-style stage persona, decimating audiences with X-rated material and ear-splitting vocal volume. He’s a unique persona, but director Neil Berkeley isn’t particularly interested in Gottfried’s professional achievements, using the documentary “Gilbert” to expose the performer’s average domestic experience, searching for the man behind the yelling and raunchy punchlines. Berkeley manages to uncover Gottfried’s true self in the film, and it’s as unsettling as a one can imagine. However, such rarity comes in handy with “Gilbert,” which supplies a fascinating look at a seemingly meek guy who lives to offend, highlighting career experiences and family ties, creating a portrait of a beloved funnyman that’s, at its best, eye-opening, especially when it comes time to observe Gottfried as a husband and father -- two domestic roles few thought he would ever play.  Read the rest at Blu-ray.com