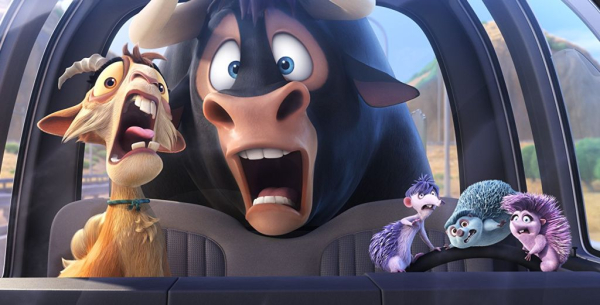 “The Story of Ferdinand” was written by Munro Leaf and released in 1936, were it began its long domination as a children’s literature staple, still selling well to this day. It’s a 32-page exploration of nature and character, charming readers with its cultural thumbprint and relative simplicity. Walt Disney took a shot at adapting the story in 1938, and he only needed seven minutes to identify themes and personality. Blue Sky Studios (the force behind the “Ice Age” saga and 2015’s “The Peanuts Movie”) offers their take on Leaf’s book, only this “Ferdinand” is bull-sized, offering family audiences a 105-minute-long cartoon that barely has anything in common with the source material. Director Carlos Saldanha (“Rio”) goes the more-is-less route with the numbing CGI animated endeavor, furiously trying to pad a tale that was just fine as it was.  Read the rest at Blu-ray.com