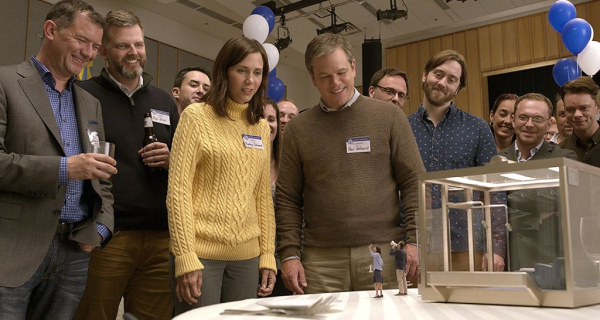 Alexander Payne has made a few quirky films during his career, but “Downsizing” is a whole new level of idiosyncrasy for the co-writer/director. After experiencing a black and white world with 2013’s “Nebraska,” Payne goes big with color and scale for his latest endeavor, making a fantasy that’s also something of a romance but sort of a warning siren for the end of the world. “Downsizing” is a whole bunch of movies competing for screen time, and a few of them are quite nifty, but the overall strength of Payne’s vision is lacking this time around, with the feature representing his first real misfire. Not that the effort is a mess, but the production aims big with themes and arcs of enlightenment that grow tiresome before they become profound, finding Payne (and co-writer Jim Taylor) uncharacteristically constipated when it comes to securing the whimsy and potent dramatic undercurrent of the material.  Read the rest at Blu-ray.com