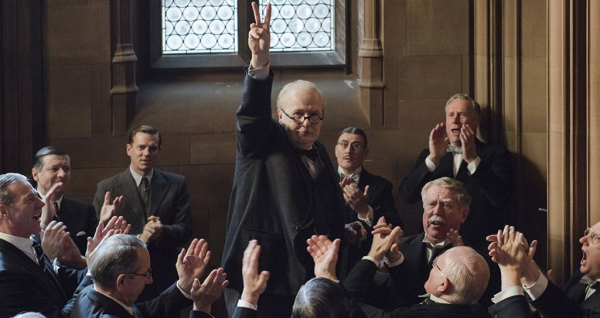 It’s been a big year for Operation Dynamo, the 1940 evacuation of Allied soldiers from the beaches of Dunkirk, France. The event has already been featured in “Their Finest” and Christopher Nolan’s blockbuster, “Dunkirk,” and now plays a pivotal role in “Darkest Hour,” which explores a critical month in the life of Winston Churchill. The subject also enjoyed another cinematic inspection this year in “Churchill,” but “Darkest Hour” employs a more precise vision from director Joe Wright and screenwriter Anthony McCarten, who use the pressure point of Hitler’s encroaching army to examine the stress of leadership, especially in England, where Churchill rubs against those who would rather surrender than fight. Wright tones down his usual visual flourishes, but his dramatic command is the strongest it’s been in years, mounting a gripping look at the solidification of Churchill’s legacy, aided by a terrific lead performance from Gary Oldman. Read the rest at Blu-ray.com