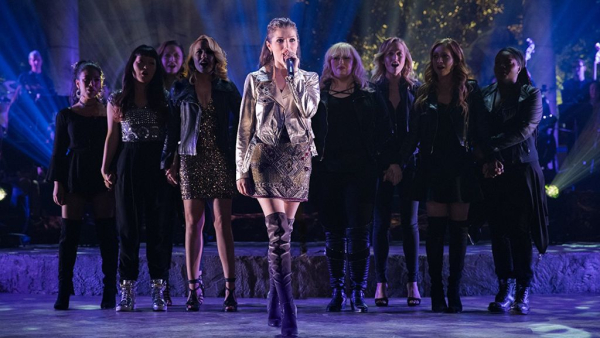 There was really no need for “Pitch Perfect 2.” Everything about the premise was covered in 2012’s “Pitch Perfect,” completing the saga of The Barden Bellas, taking them from assembly to domination. Now there’s “Pitch Perfect 3,” which attempts to stretch the one-movie idea for a second sequel, and it’s clear franchise writer Kay Cannon (joined by Mike White) has run out of ideas, transforming what was once a tale of a struggling a cappella group into a…spy film? Singing and performance remains in “Pitch Perfect 3,” but Cannon attempts to add comedic adventure to the mix while moving the action to Europe, doing what she can to delay the reality that she’s tapped when it comes to the evolution of the group and their obsession with competition. Fan favorite characters are back and some mild weirdness is celebrated, but energy is sorely lacking from the unnecessary continuation.  Read the rest at Blu-ray.com