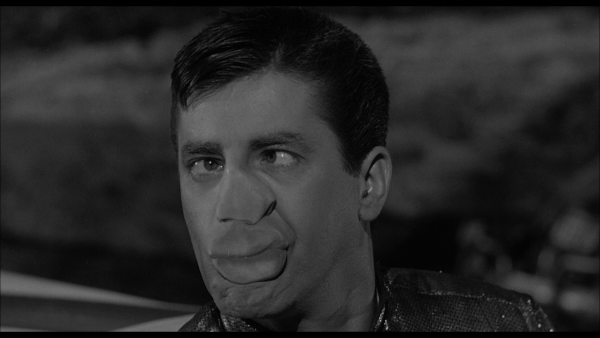 1960 was a big year for Jerry Lewis, welcoming the release of "Cinderfella" and "The Bellboy," which was the comedian's directorial debut, inspiring greater control over his movies. Arriving earlier in the year was "Visit to a Small Planet," which has the distinction of being a silly Jerry Lewis comedy that originated as a Gore Vidal play. The Vidal-ness of it all has been scrubbed away, but the theatrical presentation remains, with the sci-fi comedy very static and exaggerated. The production itself wants to compete with Lewis's rubbery performance, making this oddball romp with a literally untouchable alien more loud than funny, though the star can always be counted on to make a satisfying mess of scenes.  Read the rest at Blu-ray.com