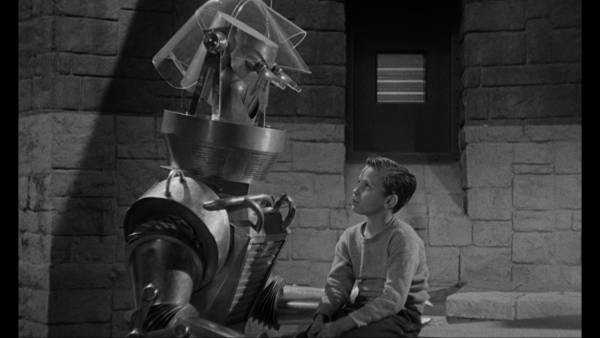 Atomic Age cinema offers one for the kiddies with 1954's "Tobor the Great." It's a giant robot picture, but instead of inducing paranoia and posing a threat, the titular creation is more of a pal to all, especially to a special boy who needs a mechanical buddy. Dropping an intimidation factor, "Tobor the Great" is mischief in a minor key, gradually softening period fears of metal destruction to play a lukewarm spy game with mediocre characters and plenty of padding.  Read the rest at Blu-ray.com