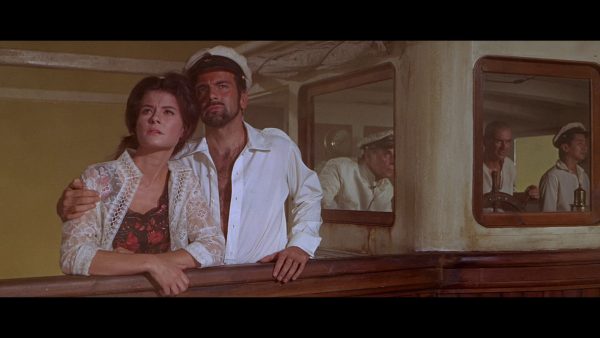 As many publications have already mentioned, the volcanic island of Krakatoa is actually west of Java. Oops. It's the first of many mistakes encountered during "Krakatoa: East of Java," a strangely titled disaster effort from 1969 that was reportedly built backwards, with producers completing work on special effects before they had a script, requiring the writing to fit the needs of spectacle. The strain of such creative madness shows throughout the feature, which is incredibly dull when it isn't blowing things up, unable to connect as a melodrama despite a fine cast trying their best to look vaguely interested in their characters.  Read the rest at Blu-ray.com