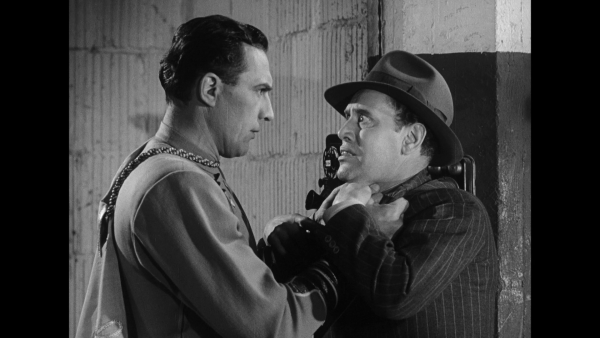 These days, it's impossible to go a season without the release of a comic book movie. They're big business these days, perhaps the one sure thing in Hollywood right now, and the industry shows no signs of slowing down the productions, endeavoring to dazzle fans with big-budgeted, snugly costumed fury, often scripted with plans to generate entire "universes" to fully milk source materials for everything they've got. In this day and age of three "Spider-Man" franchises created and released in 15 years, it's hard to consider a time when moguls had no idea what to do with the heroic antics of ink and paint titans. 1941's "Adventures of Captain Marvel" is largely credited as the first big screen attempt to do something significant with a comic book creation, using the serial format (12 chapters in total) to detail feats of strength, survival, and sleuthing, with emphasis on broad fantasy to supply proper weekly escapism and trigger ongoing interest in the fate of a beefy superhero in a tiny cape.  Read the rest at Blu-ray.com