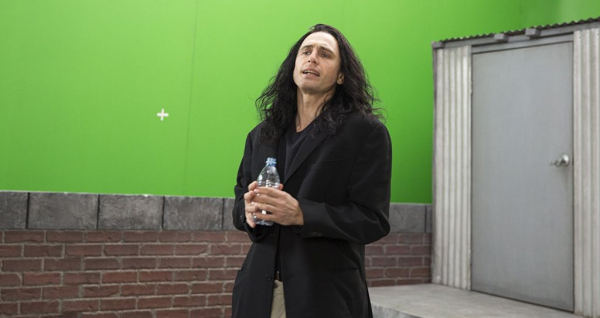 Cult films aren’t made, they’re born, often from the strangest of people, with the best worst movies never made cynically or intentionally, finding oddity just pouring out of the creation naturally. The journey for “The Room” began in 2003, where writer/director/producer/star Tommy Wiseau elected to take his thespian dreams into his own hands, creating an awkward psychodrama to best display his acting gifts to the world. The end result was inept from top to bottom, but its passion for tuneless filmmaking launched the picture as a midnight movie oddity, snowballing in popularity as hip audiences latched on to Tommy’s wacky vision. “The Disaster Artist” tracks the construction of “The Room” from the perspective of its co-star, Greg Sestero, who also wanted to acquire Hollywood glory, only to be mortified by Tommy’s creation. For director/star James Franco, the opportunity to dramatize this prolonged agony of production is irresistible, and his wildly entertaining “The Disaster Artist” is a loving ode to the power of delusion.  Read the rest at Blu-ray.com