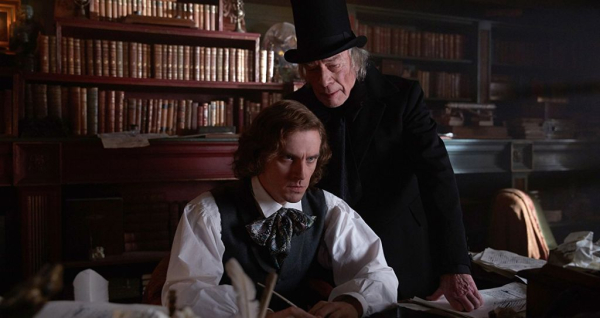 Charles Dickens’s 1843 novel, “A Christmas Carol,” has been subjected to countless adaptations, reworked for radio, theater, and screens big and small. It’s a holiday perennial that lends itself easily to dramatic interpretation, offering a creative challenge that merges the darkness of a psychological journey dressed up as a ghost story with a tale of redemption for the holidays, giving the season the optimism it now demands. However, “The Man Who Invented Christmas” is not another take on Dicken’s work, but a movie about Dickens and the pains of his literary victory, examining the writing process and how such creative frustration tends the mine the most brilliant ideas. Director Bharat Nalluri (“Miss Pettigrew Lives for a Day”) tries hard to keep the cutes out of the story, but he’s not entirely successful, as “The Man Who Invented Christmas” is ultimately interested in being loved, not accurate. Read the rest at Blu-ray.com