Blu-ray Review - The Good, the Bad and the Ugly 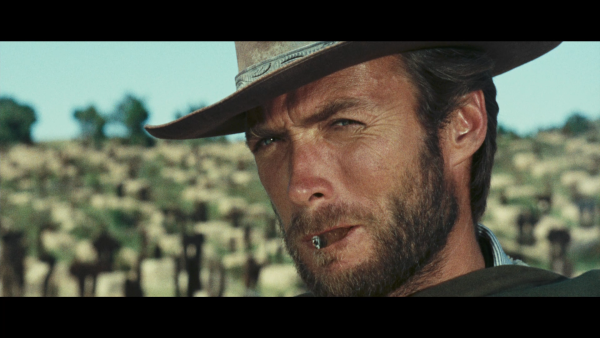 It's the most famous of the Spaghetti Westerns, the picture that shot Clint Eastwood to worldwide fame, and remains arguably the finest movie Sergio Leone ever directed. In 1966, he unleashed "The Good, the Bad and the Ugly," and westerns were forever changed, not to mention the industry itself. A power play among three morally dubious characters remains at the heart of the feature, all chasing the elusive promise of gold, but the effort is really more of a showcase for Leone's inimitable style, which becomes an unstoppable force as the endeavor unfolds. There have been many imitators, but there's only one Leone, and his guiding force, backed by Ennio Morricone's legendary score, is the true star of "The Good, the Bad and the Ugly," capping his "Dollars Trilogy" with a humdinger of an epic conclusion. Read the rest at Blu-ray.com