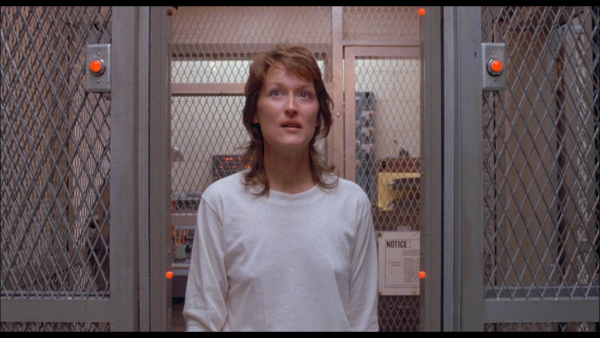 Fear of all things nuclear dominated the late 1970s and early 1980s, inspired by global hostilities and the success of 1979's "The China Syndrome," with its theatrical release eerily occurring mere weeks before the Three Mile Island meltdown, inspiring greater skepticism over the benefits of nuclear power. Many productions jumped at the chance to cash-in on the movie's unexpected success, but few productions could reach the same raw nerve of suspense and horror. 1983's "Silkwood" isn't interested in winding viewers up, but it traffics in the same big business vs. the world mentality, this time bringing fears and suspicions down to a more human scale, recounting a short amount of time in the life of Karen Silkwood, who died in the midst of exposing suspicious business and safety practices at the Kerr-McGee Cimarron Fuel Fabrication Site in Oklahoma. While it's based on a true story, writers Nora Ephron and Alice Arden, and director Mike Nichols, are tasked with finding the drama and heart underneath the headlines, giving the endeavor the tension of a proper nuclear intimidation chiller while keeping the caution of a newly-awakened life spinning out of control.  Read the rest at Blu-ray.com