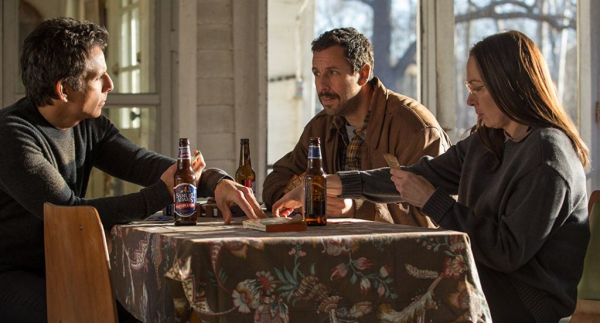 As Woody Allen struggles to be consistent, losing his very Allen-ness as he ages, it’s encouraging to see others trying to provide a recreation of the director’s early work. After scoring critical hits with “Francis Ha,” “While We’re Young,” and “Mistress America,” writer/director Noah Baumbach sheds his fascination with youth and returns to neuroses in “The Meyerowitz Stories,” which reawakens his interest in splintered families, making a fine continuation of themes and idiosyncrasy he began in 2005’s “The Squid and the Whale.” “The Meyerowitz Stories” plays exactly like an Allen picture at times, which isn’t an unwelcome creative choice, as Baumbach tends to be at his best when capturing NYC bustle and interpersonal awkwardness, offering a loosely plotted character examination that’s periodically hilarious and charmingly restless.  Read the rest at Blu-ray.com