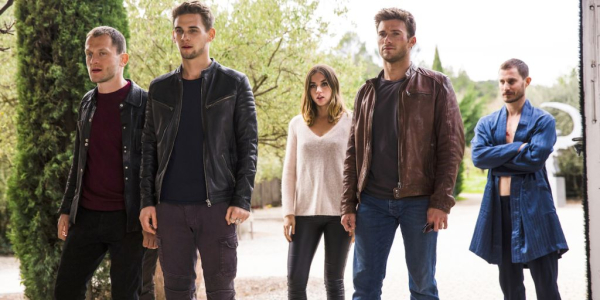 If there must be a rip-off of “The Fast and the Furious,” why not have it star an actor already part of the blockbuster franchise? In a strange career move, Scott Eastwood threatens to bite the hand that feeds him by appearing in this obvious knockoff in the same year as his turn in “The Fate of the Furious.” Perhaps it’s a case of poor timing or a sign of professional protest, but Eastwood joins a smaller ensemble for another round of speeding cars and heist shenanigans, and, admittedly, it’s kind of nice to not have Vin Diesel around. It’s damning the feature with faint praise, but “Overdrive” is more entertaining than most of “The Fast and the Furious” series. It’s definitely not a strong picture, but as brainless, witless junk food cinema goes, director Antonio Negret has a few flashy stunt sequences to share and a few Euro locations to visit, striving to deliver the essentials of race-and-rob subgenre, led by an actor with some valuable production experience.  Read the rest at Blu-ray.com